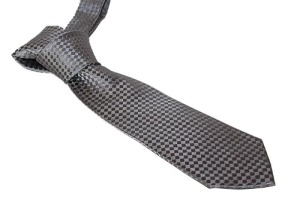 I never thought it could happen to me, but there I was, deep inside a world of lust, sadism and painful cliché. Oh, man. Oh, baby. I was so aroused sexually.

Written without the skill one could expect to find in the Penthouse Forum comes Fifty Shades of Grey, the summer’s hottest beach read and a title some may want to tackle with a towel around their waist. The author is E.L. James, a former London TV executive who explains in her bio that she fantasized about writing stories “but put those dreams on hold to focus on her family and career.” While Virginia Woolf made do with a room of her own, James waited until she was unshackled from her job and children to write Twilight fan fiction on the Internet. Through word of mouth, her series about a dom/sub relationship was published, skyrocketed in popularity, and now Fifty Shades of Grey is the No. 1 book on Amazon, and James’ trilogy holds the top three spots on The New York Times print and e-book best-seller list. They’re essentially romance novels, but having gripped the national stage so tightly, a new term has been coined: “Mommy Porn,” the most unsettling new genre since acid jazz.

As you can tell, I’m not a fan, but what turned me off weren’t the blunt attempts to excite me as a repressive but the repeated blows I received as a reader.

The story stars two cardboard cutouts named Anastasia Steele and Christian Grey. When we first meet Anastasia, she’s a clumsy, kindly virgin. By the end of the book, she’s the same person, except now into bondage. On almost every page, there’s an appearance by at least one of her four nervous tics, which include biting her lip, staring at her fingers and blushing. By page 80, I’d counted all her favorite shades. She flushed crimson, scarlet, beet. I found a puce in there somewhere. Also, when shocked or aroused, Anastasia’s heart leaps into her mouth. This happens so repetitively, it’s as if beating is the organ’s secondary responsibility. Christian, on the other hand, is confident, handsome and a self-made millionaire at 27, so right away you’re rooting for the guy.

I’m aware I’m not the target audience, but I’m still amazed at how Fifty Shades of Grey has worked many of the fairer sex into a frenzy. Christian is a damaged bad boy who can be redeemed through a woman’s love. I see that stereotypical carrot at the end of the flogging cane. But Anastasia seems an insulting proxy. Not because of her sexual submission, as some critics have claimed, but because of James’ characterization. Anastasia isn’t an ingenue, she’s an idiot.

Once, in a postcoital haze, Anastasia notices that Christian—the orphaned son of a crack addict, a man who hates to be touched, feels undeserving of love and furnishes an entire room in his penthouse with whips and chains—has some dots of scar tissue on his torso. Her first instinct? Must be measles. Only later, at a dinner party where Christian’s adoptive mother excuses herself to take a call concerning a local measles outbreak, does Anastasia learn that Christian has had all his vaccinations, and perhaps the man who presented her with a sex contract—which included an addendum on fisting—is scarred with, gasp, cigarette burns.

While I don’t hesitate to call Fifty Shades of Grey moronic, I cannot call it brainless. I know educated professionals who discuss the book at work. A teacher friend told me he can’t enter the staff lounge without hearing about Anastasia’s sexual adventures. (He also said the teachers’ husbands are encouraging the habit, as “I think it’s getting them going in bed.”) These are intelligent people engaging with a vapid novel, but it’s toward a valuable social end.

I spoke with a 30-year-old woman who works with my father. In their office, more than a dozen other ladies were reading Fifty Shades of Grey, but she initially declined to join them, explaining, “I get bored easily.” Now she’s torn through the entire trilogy in less than three weeks. What finally lured her? “The erotic part, obviously.” But what she enjoyed most was following how Christian changed over the course of the series. Initially drawn by titillation, she found the evolution more enticing. And what was the last book she read before Fifty Shades of Grey? “I couldn’t even tell you.”

That’s all I need to hear.