View as PDF (and see “Woman With Plunger on Her Butt”) 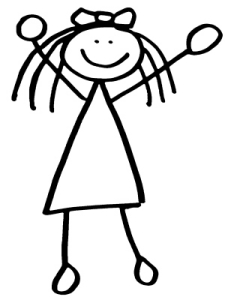 On Easter Sunday, while many of you dined with your families and reflected on your blessings, I sat in the back of a dingy bar, drinking and ogling a topless woman, a sweaty hand stuffed into my pocket, groping for a fistful of singles.

It was Dr. Sketchy’s Anti-Art School Burlesque Life Drawing, and in contrast to the name, the afternoon was the most wholesome time I’ve ever spent with half-naked women. Founded in Brooklyn in 2005, Dr. Sketchy’s has spread worldwide, with 60 branches in cities like Cape Town, Bogotá, and on a couple weekends per month, Allston. On a small stage in the back of a club, cheerful drag kings and queens pose in corsets or pasties. Should anyone walk in for a lazy Sunday pint, they’re in for a shock. But on this particular Sunday, the sketchiest thing they saw was me.

Sketchy reason No. 1: I went alone. It was Easter, and all my friends were busy or just didn’t feel like helping. So while two people at a burlesque drawing class is a fun afternoon, one guy arriving solo for some Sunday boobage is a sign of a life gone wrong.

Sketchy reason No. 2: It was windy, and when I arrived my hair resembled a toupee salvaged from a storm drain. I’m generally unkempt in the first place, but now I looked like a man who enjoys the feel of a good trench coat, mumbling to himself and living in a van.

Sketchy reason No. 3: I can’t draw. Not a lick. Actually being able to produce something of artistic merit would have helped tone down my shadiness. Also: I didn’t even bring paper. Never even occured to me. So in I walked looking like a serial glue sniffer with no intention of doing anything but staring at bare flesh.

Thankfully, it’s a friendly crowd at Dr. Sketchy’s, and an older woman drinking a Scotch on the rocks gave me all the paper I needed. Nearly 20 people filtered in during the proceedings, from a group of women with cigar boxes full of supplies to a young man in the back who casually tossed off drawings I’m incapable of creating even in dreams where I have talent.

The session began with one-minute sketches, as a woman named “Johnny Blazes” slowly stripped out of her men’s clothing. One minute isn’t enough time to do more than a rudimentary outline, which I excelled at, but the allotments soon ratchet up to two, five and ultimately 20 minutes. Twenty minutes is a long friggin’ time when you can’t draw anything resembling the human form.

Scooting further into the corner, I decided to try different techniques, like only drawing negative space. When Johnny and a woman in mossy pasties named “M. Hanora” staged a 10-minute “surreal garden party,” I scribbled out a patch of lead and drew with my eraser. When M. posed with a plunger on her butt, I went for firm, straight lines and ended up with a fetching little image I call “Woman With Plunger on Her Butt.” Finally, I just took to drawing details, like the felt and googly-eyed face Johnny had glued to her underwear, until I realized I had spent 10 minutes glaring at her crotch. I just couldn’t help looking shifty.

There’s a fair amount of interaction during the session, as Johnny tells the story of how she broke a molar on a pita chip and familiar faces nod greetings while passing the tip bucket. The pervasive atmosphere is just good, clean fun. The comfortable crowd of regulars is simply happy for the creative exercise and the chance to show off the level of detail they achieved on M.’s booby tassels. I, on the other hand, hid my sheets like they held nuclear codes and quickly shuffled out the door. As the afternoon proved, I have no talent for drawing. But I have a gift for being sketchy.